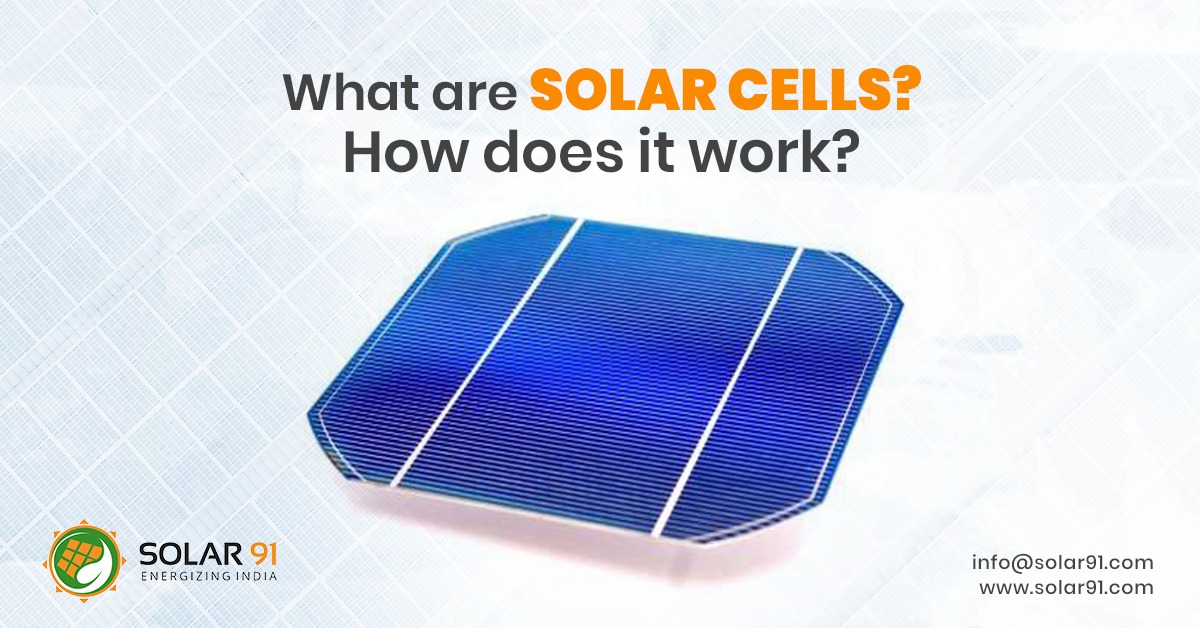 What are solar cells? How do they work?

We’ve come a long way from where we started with the help of humans’ consistent hunger for evolution and betterment. We developed technology that is now the core of our world, and even today, we are consistently grinding and moving forward.

Discovering electricity’s power was a revolutionary event without which we won’t be standing where we are today. We discovered electricity and various means to generate it. However, some of the ways to generate electricity bring few consequences to them, and if we stay oblivious to them for a long time, we’re going to feel more than just sorry. In recent times, we stumbled across the fact that sunlight/solar energy can be an electricity generation source. Let’s learn more about it in this article.

In simple words, solar cells are devices that convert solar energy or sunlight into electrical energy that can be used for several purposes, including powering up general households. A solar cell is a square-shaped kind of thing that is about the size of a human palm. Now a single solar cell obviously isn’t enough to generate sufficient electricity to run appliances and other stuff in a usual household. To generate enough electricity for running a home, these solar cells are grouped together to form solar modules, which are further grouped together to form solar panels. You have to be living under a rock if you hear the solar panel for the first time. A solar panel usually consists of hundreds of solar cells aligned and arranged in a specific manner that lets them capture the most of the sunlight or solar energy in a very efficient way. A lot of people have already installed solar panels in their homes on their terraces.

How do solar cells work?

A solar cell, basically being a cell, has a unique job of capturing a certain kind of energy and converting it into electrical power so we can put it to our use. A typical cell or battery uses chemical energy produced by the chemical reactions inside them to provide electrical energy. Similarly, a solar cell captures the energy coming from the sun and generates power by that. They are often referred to as Photovoltaic cells (photo is the Greek word for light).

As for their composition, a solar cell is basically a p-n type junction diode, where a p-type semiconductor (thin layer) is grown on an n-type semiconductor (thick layer). The incident light reaches the p-n junction. The photons are allowed to enter because of the thin p-type layer, which is enough to create some electron-hole pairs. The breaking of thermal equilibrium leads to the free electrons gathering in the n-type side and the holes in depletion in the junction’s p-type side. The barrier potential of the junction stops them from crossing, and an increase in the concentration of electrons and holes results in the junction acting like a tiny battery.

The need for solar energy and solar cells/panels

Now a question may arise here, why solar panels? The answer is quite simple. As mentioned earlier, the several ways of generating electricity have their consequences. The usage of precious resources like water, air, and coal for generating power has gradually started to backfire and is also plain expensive. We use a lot of ways and resources for generating electricity. Using water for generating hydroelectricity, burning fuels for satisfying the everlasting need for power, and exploiting the not so feasible wind energy are examples of various resources used for generating electricity that is depleting at an alarming rate. However, solar energy is something we don’t have to be worried about at all. After all, it’s the sun we are talking about. It has been shining over our earth since the very start of human evolution. It’s like a big ball containing energy that could last for an eternity. A one-time investment in the installation of solar panels will prove helpful to us for the rest of our lives, and it’ll make our summers especially easier as the sunlight is present for almost 12-13 hours of the day during summer. It’ll also prove to be a big relief in our electricity bills during hot months. Obviously, the use of electrical appliances is increased by a great extent in summers compared to the other months of the year.

Solar cells have a lot of importance, especially during current times. In this article, we discussed what they are and how they work so you can get a proper idea of why recognizing and spreading awareness about them is important. We hope this article helped you learn about solar cells and how they can play a revolutionary role in the near future.