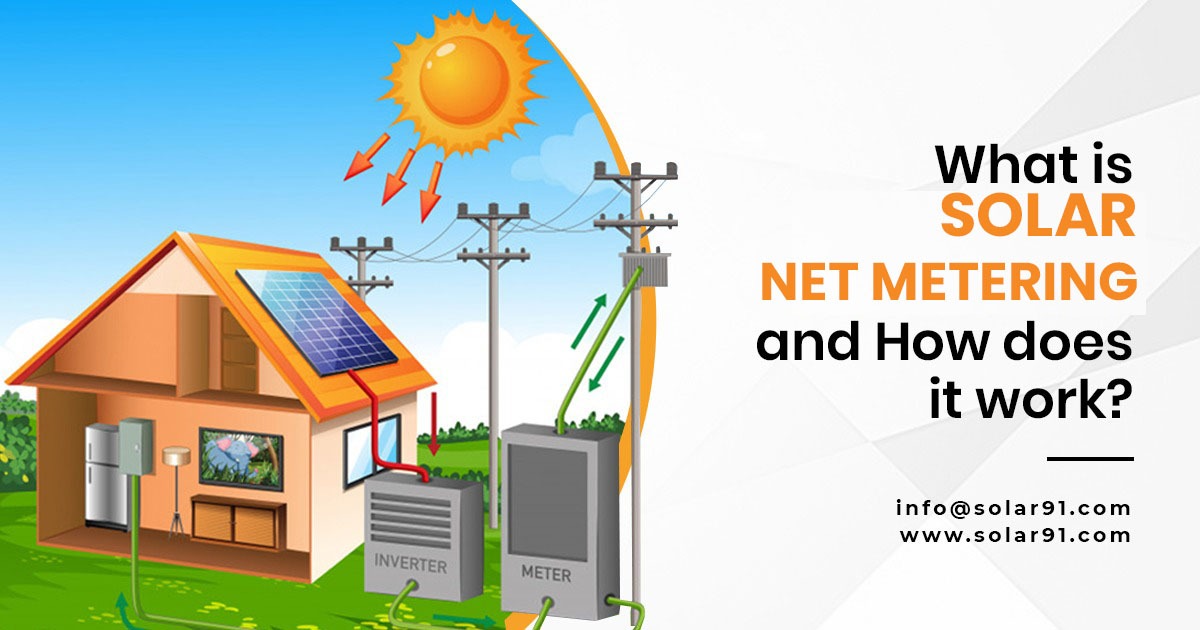 What is Solar Net Metering and How does it work?

Many people who think about going solar have heard the term “net metering” but aren’t sure what it means. It is by far the most efficient way of harnessing the energy and earning profits by giving the energy back to the grid!

What is Net Metering?

In simple terms, net metering is a utility bill management that is available throughout the country. It offers credit to residential and business customers who make excess electricity with their solar panel systems and send it back to the grid.

How Does Net Metering Work?

In a state like Rajasthan, which sees the most amount of cloudless days, Rooftop solar systems can generate a lot of energy on a daily basis, more than one can consume. The extra energy can easily be sent back to the grid through net metering. The homeowner or the business owner is then only billed for the “net” energy used each month,i.e., the difference between the energy produced by the solar power system and the energy consumed by the house over the month.

The advantage of having your house and business net metered is that your meter will run backward, which simply means that you will get credit for the excess electricity which you are not using. You will only be charged for the ‘net’ energy use.

The Benefits of Net Metering

Net metering can save home and business owners a ton of money every year, which was spent on electricity bills.
Net metering requires a Bi-directional meter, it records the amount of energy produced, and the energy that gets used by the said establishment, the difference of which is credited back to the owner.
Customers can get optimum control over their electricity and its usage. There is no need for battery storage and backup generators.
One does not have to maintain expensive batteries and limit their energy usage.
Solar energy is a great one-time private investment, that also adds value to the energy being produced.
It helps maintain a data archive. Net meters record all the energy that is produced and the energy that is sent back to the grid, with the electricity bill being the difference between the two.
The installation charges of Rooftop solar is low and only a one-time cost.
The planet gets greener with every new solar installation. Leave no carbon footprints behind by installing Rooftop solar panels for the homes and businesses.

Future of Net metering in India

Progressive net metering policies will be very beneficial for the sector going forward. India aspires to achieve energy security by the year 2022, for which net-metering is imperative. The Indian government has proposed certain solar power projects which will aid the solar economy rapidly. Some of these programs are The Thar Desert solar power projects that are estimated to generate 700- 2100GW; the Jawaharlal Nehru National Solar Mission is launched by the center with the target of generating 20,000 MW of solar power energy. With this program, India can achieve energy security in the near future. Go Solar today!