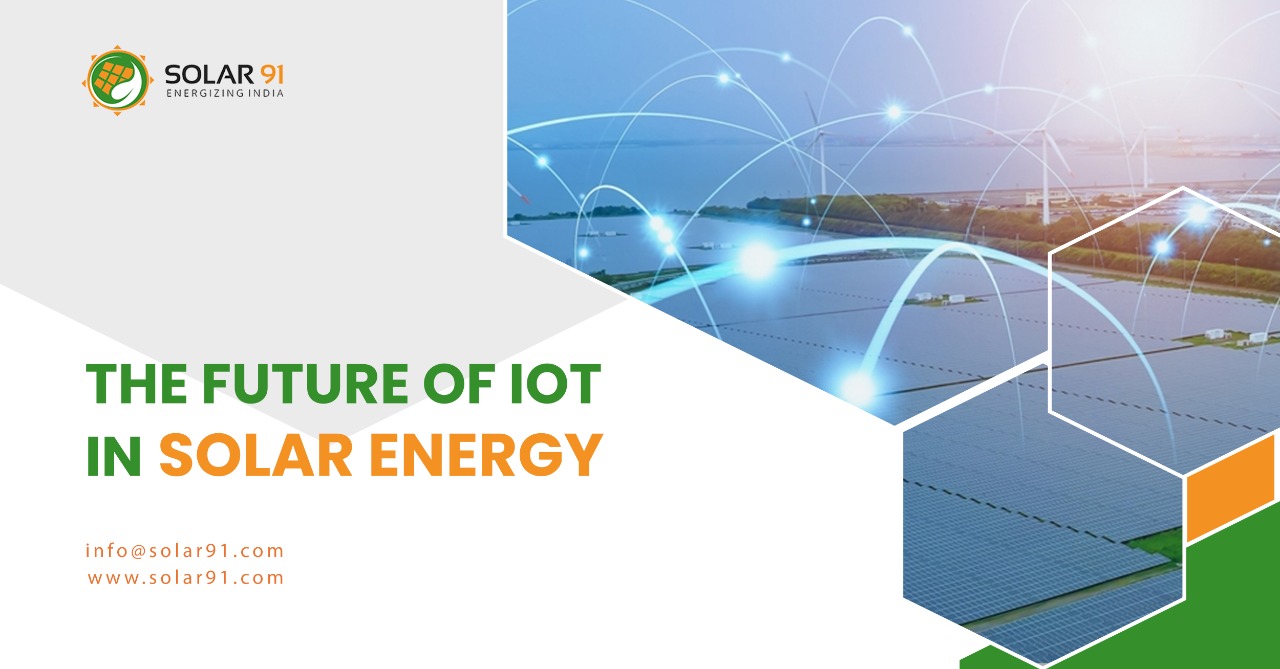 The Future of IoT in Solar Energy

There is an increasing concern for the environment, the result of which is the major and significant transformation in the renewable energy sector. Solar is the world’s fastest-growing renewable energy source, with a global capacity of expanding at least 40% every year. Many energy firms are growing their solar services, as solar energy has become one of the most energy-efficient, profitable, available, and renewable energy sources.

Today, with an expansion and advancement of technology, solar energy firms now have more alternatives than ever to optimize and maximize their performance. Using IoT to harness the power of digital transformation, can resolve energy grid challenges and make energy output significantly easier. Installing an IoT (Internet of Things) system can assist solar energy companies in meeting consumer requirements and improving the overall efficiency of the solar panel. Expanding IoT applications in the electricity sector might be an impactful improvement, and let us see how.

What is IoT and Why IoT?

The factors that affect the output of a solar panel are – Current, voltage, irradiance, and temperature. As a result, a real-time solar output monitoring system is required to improve the PV system’s performance by comparing it to the experimental results and triggering preventative steps.

This is where the Internet of Things (IoT) enters the picture. IoT applications have a huge part to play in sustainable energy generation as it has competitive features like smart sensors coupled to production, transmission, and distribution devices. Solar investors and commercial clients can use these tools to monitor and manage the performance of their entire solar panel system in real-time. It minimizes our dependence on conventional energy sources as well as lowers the operating cost at the same time.

Application of IoT in Solar Industry

The Internet of Things (IoT) is a unique and interesting concept in the solar industry. Like the internet today affects almost all facets of our lives, it similarly has a huge impact on the solar industry too. The internet of things is present everywhere, from the tiniest of searches to the task of generating electricity. As a result, plenty of new industries have sprung up to take advantage and harness the true potential of the Internet.

If we talk about the impact of the solar industry, things have changed for the better. In the early 1990s, solar panels were large and cumbersome, making them undesirable to most commercial industries.

The Internet of Things (IoT) is now emerging as a novel technology that makes work easier, smart, and quite intelligent as well, with the use of cloud computing. The PV system may gather, monitor, and exchange data using these modern IoT systems, which are equipped with software, network connectivity, and sensors. Solar panel tracking equipped with the Internet of Things is intentionally structured for online simulation and performance improvement. It lets you initiate a regular inspection, map out the source of the accident and spot the problems within the solar panel technology.

When it comes to utilizing renewable energy, efficiency has proven to be a big challenge. This is especially true for systems that rely on intermittent resources such as wind and solar energy. With such techniques of electricity production, a technology-built IoT solution enables the deployment of automated controls to improve efficiency. Energy from renewable resources can be utilized with optimum efficiency with the help of these controls. The deployment of IoT for the detection of favorable and unfavorable conditions is highly beneficial. To get optimum production, the equipment can be changed accordingly. The main advantage of IoT devices is that they generate data in real-time, reducing any waste.

The Future is Bright for Solar Energy

To improve efficiency, a system that incorporates IoT technology enables the integration of automated smart devices into solar solutions. These monitoring systems can help you optimize energy output and discover the best energy-generating situations. Solar energy was formerly only generated by ground-mounted or rooftop panels. However, as a result of all of the foregoing developments in technology, solar energy is expected to become cheaper, more flexible, and more widely applicable in the future.