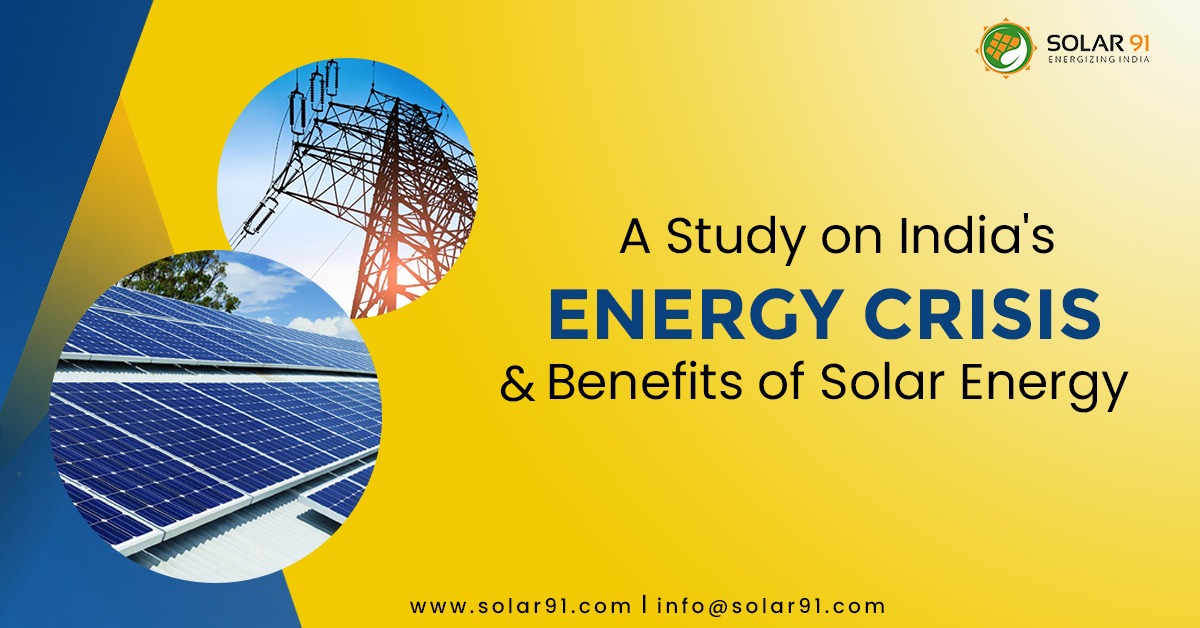 The energy consumption demand in India is growing rapidly these days. It has also resulted in huge dependence on fossil fuels such as coal, oil, and natural gas to meet the energy demand for the country. Rising prices of oil, gas, and coal, as well as the possibility of future energy shortages, raise concerns about the energy security required to maintain the needs of the country. But this is not the only alarming factor for energy depletion. India’s population has reached 1.21 billion people, with over 60,000 villages still facing electricity shortages. One of the most pressing issues confronting the country today is energy security.

Coal shortage in the Country

There is an unprecedented increase in electricity demand, which is heavily burdened upon the country’s existing coal resources. Due to this, a massive depletion in coal energy is noticed. This justifies that the present amount of coal resource cannot cater to the electricity needs of the country. Factually, there are four reasons for the depletion of coal stocks:
Heavy rains in the coal mine area, adversely affecting the coal production
Increased prices of imported coal leading to more dependence on domestic coal
Non-availability of adequate coal stocks
Increased demand for electricity with the revival of the economy after the second wave of COVID-19
As the population and advancement in technologies are continuously increasing, the present coal or renewable energy stock is never going to be enough. People need to find a way to make new energy, as we cannot rely on the current ones.

Solar Energy and its Importance

Solar energy is produced through the photovoltaic and thermal energy received from sunlight. The energy is used to generate electricity and produce heat for further uses. Solar energy is inexhaustible and renewable because it comes from the Sun. It is harnessed using solar panels and reflectors. The renewable energy source has high potential in serving electricity needs. Solar energy technology is a novel technology, providing excellent electricity for cooking, lighting, and many other purposes. Understanding the conventional energy scenario, using solar energy for daily electricity purposes is essential to secure the environment from further resources depletion.

Solar Energy is a never-ending energy source. It will never die of shining since the sun is 6.5 billion years old.No matter how much or in what capacity you use it, there is no chance for its depletion. Various studies have been conducted in the field of conventional energy, power sector, renewable energy, and solar energy in India. The amount of sunlight that Earth receives in an hour is enough to fulfil the global energy demand for a whole year.
Energy in the form of heat has a vital use in agriculture, manufacturing, domestic, industrial, and commercial purposes. Normally, these burning requirements for domestic and commercial sectors are covered by burning coal, kerosene, LPG, and wood. Many of these non-renewable, conventional energy methods can be replaced by solar energy.

Compared to conventional energy sources like coal, and kerosene, solar energy does not deplete. These are finite reserves, unlike solar energy resources which are available in abundance. Solar energy is a sustainable energy system, as it renews itself without causing any threat to the environment. Consumption of solar energy is a necessary step in saving the environment as it facilitates development today without risking the future.

Not harmful for climate

Nowadays renewable energies are cheaper and more viable than conventional energy sources in the long run. Particularly Solar Photovoltaic technologies are increasingly getting competitive in terms of costs. Renewable energy is already becoming the most sustainable source for powering the world, not only environmentally but also economically.

The photovoltaic process does not require coal or fuels to operate. Thanks to technologies, solar energy is easily convertible through an installed plant and has no other variable cost. The is no requirement to invest in additional equipment besides a solar panel installation.

Solar power has a lower environmental impact than other power generation technologies because it is a renewable CO2-free energy source. Using solar energy is the near solution and a firm step towards a sustainable environment. Considering the depleting scenarios of conventional energy sources like coal, kerosene, LPG, etc, consumption of solar energy is the growing need for today. We are now aware of the limited nature of fossil fuels and depleting stocks of coal, making humanity more than willing to speed the transition to a less harmful are more sustainable energy source – Solar Energy.